A killer smile can only get a girl so far. These five fashionistas are not only amazingly gorgeous but possess very unique and potentially lethal skills. Let’s just should I ever need to put together an Ocean’s 11 style celebrity/assassination team (which I kind of hope I don’t because I don’t deal well with those kind of high-stakes), these girls would be my first picks.

Not only did this Australian cover girl (represented by Chic Management) triumph over a brain tumour, but she is an Olympic high jumper. Ten foot chain link fence protecting your target’s compound? No worry. This girl will slip over that thing like it’s a freaking baby gate.

She’s one of the world’s most famous models, gracing covers like…well, pretty much all of them. And oh yeah, she can code (and has even set up a coding school to help other girls learn to do the same). So don’t sweat that sophisticated security system that your victim is hiding out behind, Kross going to whip up a wicked virus to make the whole thing come crashing down faster than they can say ‘HTML’ (which I’m assuming is what people code with but I don’t even know that much).

Not only does she regularly strut her stuff down the runway for one the most highly coveted companies in the fashion biz, but she makes apps for them, too. This Victoria Secret model and comp-sci major has coding skills that are apparently just as mad as Kloss’s are. Put them together and you have one lethal team of savvy sisters that will be able to hunt down your prey anywhere on earth with nothing but an iPhone.

Let’s face it. Killing for hire can get messy sometimes. Not to worry. A former embalmer who was featured on the Discovery Channel’s show Oddities, who now splits her time between designing and modelling clothes. When the bullets start flying and knives start jabbing, you definitely want a girl knows her way around all the major arteries. 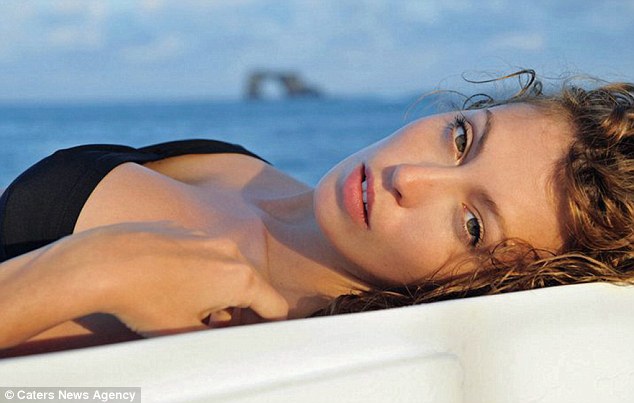 By day, this Italian model heads off to shoots for Vogue, Vanity Fair and Maxim, by night she’s competing among the world’s most daring of dare-devils: the ProBase World Cup. And yes, that’s Base, as in BASE JUMPING! Need to hijack a train or cruise liner? Roberta can drop from a passing bridge and be tying up the captain in seconds.

So remember (though of course if you’ve ready my book you’ll know this already): the next time you see a fashion model reaching for her lipstick you might want to jump for cover–who knows what else she might be packing in that clutch.